A Picture is Worth a Thousand Words: Creating Great Visual Content 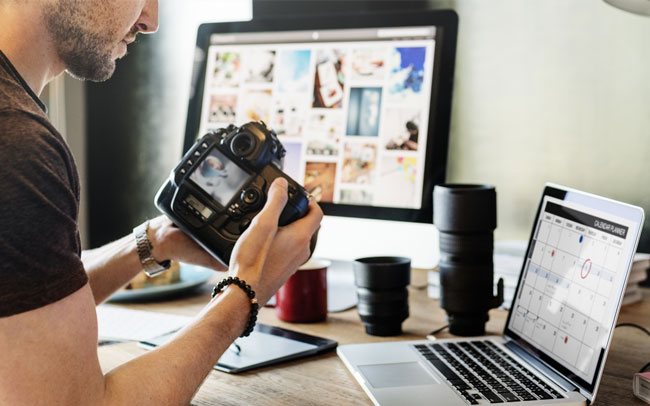 Any technical writer would be able to tell you how often we get asked for visual content in our documentation. Visuals give so much value to our users: they orient users, show they’re on the right track, take any guesswork out of a task, and are just generally easier to look at than a wall of text.

The truth is, there’s a big hidden cost to images. There are complications that make creating, using, and localizing those images expensive and time-consuming. So now the question becomes not “are images good?” because we know they are, but rather, are they worth 1000 words – literally?

Thirty years ago, the conventional style of technical documentation was a multitude of text that was complex, full of jargon and technical terms. Today, we see a lot of customer support content being driven towards much more accessible, approachable, friendly, and usable text. Usability has become a key focus, with user-centric software development processes being put front and centre. This shift has had an effect on the technical documentation, too, and users rightly expect that they can follow the information in it without needing to study the text at length.

This expectation of usability has resulted in users wanting a very clear picture of what we are trying to say. So much so, that visual content is an ever-increasing demand from our clients. Let’s take a quick look at some of the most common forms that visual content may take:

As the need for visual content has grown, technical writers have become much more creative and adept at using dedicated software for developing visual content, from TechSmith Camtasia or Adobe InDesign to even Microsoft Paint. Getting software that gives professionals the tools they need to develop content can be costly, and require companies to buy their users licenses, as well as the cost of time spent getting up to speed becoming proficient in it. Some companies may have dedicated illustrators or multimedia staff who are dedicated to creating this content, an approach that has its own obvious costs (and benefits!)

Most of us who wear two hats writing and creating visual content know the pros and cons of the approach we are using: customers and internal support teams are thrilled to see screenshots or images in our published content, but there is a lot of work that goes on behind the scenes.

It’s good practice that you use fake user accounts for any images or videos that you make. This approach most importantly ensures that no personal and real information about you or another employee is published to the public. It makes your product look more professional, and it also allows you to create a variety of entire personas, including job titles and seniority levels, that represent different needs of the software you’re describing.

Once set up, the cost-per-use of these demo accounts is incredible. But it means you need to get approved images to use as your profile pictures, and you need several demo accounts to set up so that they can interact. You’ll need somewhere to store the information for the demo accounts, including the usernames and passwords for the accounts. There may be configuration needed to set up the accounts if you want them to be functional as well.

When you prepare your screenshots or videos, you’ll need to set up a scenario to allow you to show what you’re demonstrating, which could mean ensuring the demo account personas interact first.

After you’ve got your screenshot, gif, or video captured, you’ll likely need to edit it. You may edit to alter some aspect of the shot you took that you couldn’t control, like a device name. Editing also lets you cut out any extra screen space or video time that you don’t need. If you don’t use demo accounts, then you can use the editing time to replace users’ profile pictures, usernames, contact details and so on.

After creating all these images and videos, it’s a good idea to put them in a central location where they can be reused by your whole team, and to ensure they’re not stored locally where they’re vulnerable to corruption or being lost. The library lets you see all of the images or videos, along with any details you may need to use, like image numbers, file format, or product descriptions with version numbers and dates. An image library is one of the best time-saving measures I’ve used, because I can essentially “go shopping” for an image I need when writing something. And once your whole team is using it, it gets added to regularly, and grows exponentially without your needing to spend all your time on it.

For any large company and many smaller ones too, globalization is always a consideration that you must prioritize for your content. This means ensuring that all content you create can be localized into many languages. Your company’s localization strategy will inform how you create your visual content, as you’ll probably want to make sure that whatever approach you take can be translated as easily as possible. The content you create gets exponentially more expensive once it has to be replicated by several translators for each language.

Localization may be as relatively straight-forward as updating callouts with localized text, or as complex as having scripts for videos translated and re-recorded in multiple languages. Keep in mind that any screenshots you take that has text on screen may also need to be re-taken with localized versions of the software. Localization costs and technical impediments have been, to my knowledge, one of the biggest obstacles to including visual content in technical documentation. Even creating visual content for software that’s only available in one language may be short sighted if its direction changes at some point in the future and localization suddenly becomes an obstacle.

In most cases, it’s undeniable that using visual aids in technical documentation improves it a great deal. Users find that they don’t have to work as hard to understand the text, are reassured they’re doing the right thing at the right time, and are able to more easily recognize and complete the task at hand. But with all the considerations that we need to make, can we answer the question if a picture is worth 1000 words? I think the answer is more complicated than a simple yes or no. The shortest answer is “maybe”, the aspirational answer is “yes”. Realistically, you’ll need to look at your budget, product needs, team resources, localization strategy, and time available to decide how you’ll use images and at what scale. If you aren’t using them already, a picture is definitely worth using in your content. It’s not hard to see how it can replace text or subsequent calls to tech support before that picture becomes worth 1000 words.

Unitasking in a multitasking encouraged world

Multitasking – we all do it.

As defined in this article from The New Atlantis, “used for decades to...

How to Benefit from Working with Technical Subject Matter Experts (SME)

Gamification in E-Learning - What Works And What Doesn't?